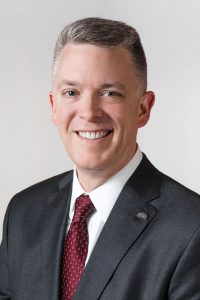 One of my early mentors told me, ‘It’s often easier to ask for forgiveness than to ask for permission.’ That piece of advice has … allowed us to be a little more progressive as a bank.

Leading a family-owned community bank offers a lot of opportunities, but transitioning into the helm comes with a number of challenges. You go from being the kid your dad’s team watched growing up to being their direct supervisor.

That’s why, throughout my banking career, I felt compelled to be the hardest worker in the room. I wanted to prove I was worthy of my leadership role, not because I was little Bobby Fisher, but because I had earned it.

I suspect I’m not alone in that sentiment. But I realized a long time ago that the best way to live up to the title is to lead with integrity and stay true to who you are. For me, that means I follow three principles:

Certainly, every leader approaches the role differently, and as future generations of bankers come into their own—like those featured in this issue—they will carve their own paths, centered on their communities. Yet, all community bank leaders approach their roles with one core belief in mind: The relationship—with families, staff, customers, other bankers, and communities—guides everything we do. Above all, being a community bank leader means keeping your relationships as your due north.

No comments to show.